In the M2 MacBook Air, Apple has replaced an Intel-made component responsible for controlling the USB and Thunderbolt ports with a custom-made controller, meaning the last remnants of Intel are now fully out of the latest Mac. 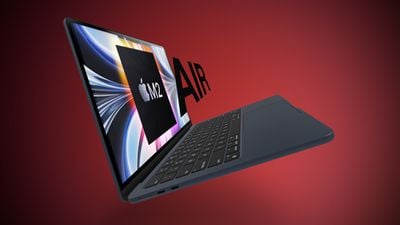 Earlier this month, the repair website iFixit shared a teardown of the new ‌MacBook Air‌, revealing a look inside the completely redesigned machine. One subtle detail that went largely unnoticed was that unlike previous Macs, the latest ‌MacBook Air‌ introduces custom-made controllers for the USB and Thunderbolt ports.

iFixit mentioned it in their report, noting they located a "seemingly Apple-made Thunderbolt 3 driver, instead of the Intel chips we're familiar with." The new component was shared on Twitter earlier today, where it received more attention.

Few details are known about the controllers, including whether they're custom-made by Apple or a third party. In May 2021, Bloomberg's Mark Gurman reported that Apple planned to "replace the last remaining Intel part with an in-house version. Apple's current M1 Macs still use an Intel component known as a USB Retimer, which helps power the USB-C and Thunderbolt ports on its computer."