Apple's new M2 chip is up to 20 percent faster than the M1 chip when it comes to multi-core performance, according to leaked M2 benchmarks from the upcoming 13-inch MacBook Pro that were discovered on Geekbench today. 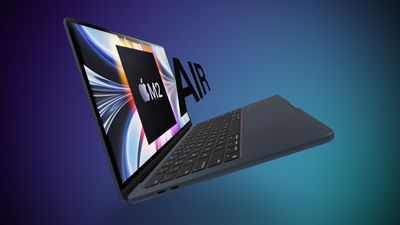 Apple has said that the ‌M2‌ chip is up to 18 percent faster than the ‌M1‌, so the Geekbench 5 test is right in line with Apple's claims.

As for the Metal benchmark, the ‌M2‌ chip scored 30627, a notable improvement over the 21001 score earned by the ‌M1‌. The ‌M2‌ chip offers up to a 10-core GPU, compared to the 8-core maximum of the ‌M1‌.

The ‌M2‌ chip is available in the new 2022 MacBook Air and 13-inch MacBook Pro. Apple has not provided information on when the MacBook Air will launch, but the new MacBook Pro will be available for pre-order starting Friday, June 17.