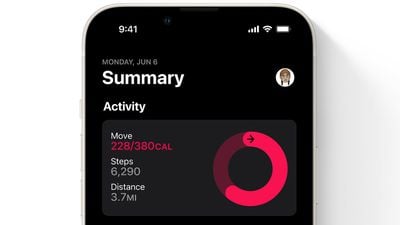 With ‌iOS 16‌, you can track your activity using the ‌iPhone‌ motion sensors. The ‌iPhone‌ can keep tabs on steps, distance, and third-party workouts, giving you an estimate of your calories burned.

The Fitness app looks almost identical to the Fitness app available to Apple Watch owners, but it does not include a Fitness+ tab as that feature is restricted to the Apple Watch, nor does it have Stand and Exercise rings.

For more on what's new in ‌iOS 16‌, make sure to check out our hands-on video.