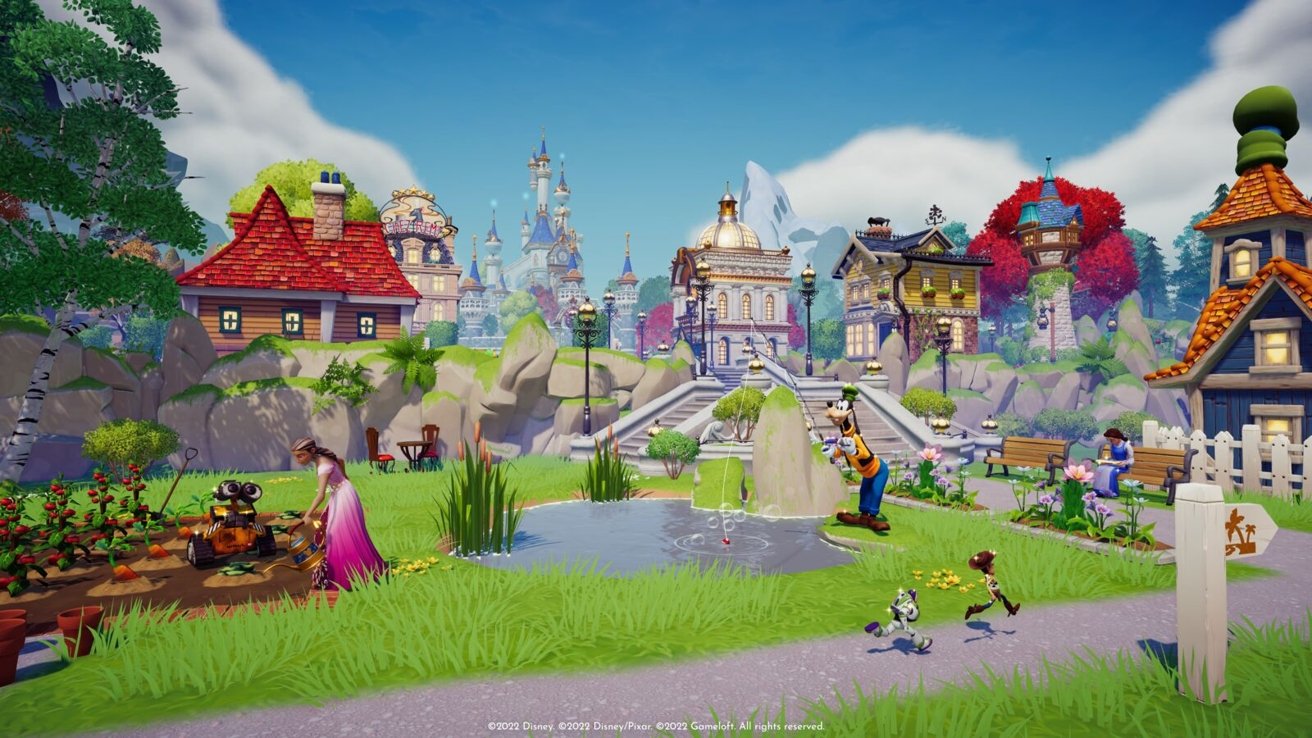 Gameloft has announced a new adventure game featuring Disney and Pixar characters that will be free-to-play on Mac when it arrives in 2023.

"Disney Dreamlight Valley" is a life-simulation adventure game geared toward players of all ages. It's slated for a summer 2022 launch as an Early Access title on Xbox, with a full release in 2023.

The game invites players to "explore diverse realms inspired by classic Disney and Pixar worlds," while helping to restore the lost memories of the inhabitants within.

Players can create unique avatars and take part in interactive adventures featuring a variety of story arcs from Disney classics such as "The Lion King," "The Little Mermaid," and "Moana."

They can also design Disney and Pixar villages to their heart's content across various environments, such as the snowy mountains of the Frosted Heights and the Peaceful Meadow.

"Disney Dreamlight Valley' will give our fans the opportunity to write their own story and build their ideal Disney and Pixar life within a richly detailed world," VP of Disney and Pixar Games Luigi Priore said.

The title will debut on the Mac as a Mac App Store title, and will also be released on PC, Nintendo Switch, Playstation 5, Playstation 4, Xbox Series X, XBox Series S, and Xbox One.