Apple is hiring Siri Annotation Analysts with fluency in a number of languages that are not currently supported by the voice assistant, suggesting that a major expansion of Siri's availability is in the works. 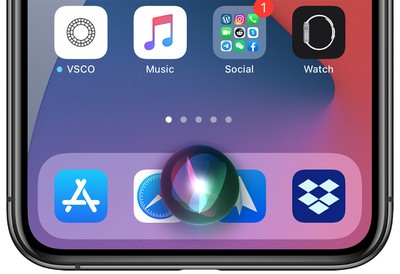 As described in job listings, Annotation Analysts that work for Apple listen to and transcribe snippets of ‌Siri‌ conversations to evaluate ‌Siri‌'s responses.

As an Annotation Analyst, you'll listen and transcribe audio files and evaluate ‌Siri‌'s response and language usage, from customers who have opted in to the grading program. You'll use your language and cultural knowledge, along with analytical skills, to evaluate responses against guidelines.

These kinds of ‌Siri‌ evaluations were previously done by third-party contracting companies but Apple brought the work in-house following a mid-2019 uproar over the way Apple used ‌Siri‌ recordings for evaluation with little notice to customers. Apple overhauled its ‌Siri‌ grading program and added options for customers to both opt out of having their ‌Siri‌ recordings used for product improvement and to delete already collected ‌Siri‌ recordings.

Apple does not support ‌Siri‌ in the languages that it is hiring for, which indicates ‌Siri‌ may be coming to new countries in the not too distant future. If ‌Siri‌ is gaining additional language support, those languages could also be added to the Translate app that was released in iOS 14.

‌Siri‌ is currently in more than 37 countries, with a list available on Apple's website. The languages that work with the Translate app are more limited and include Arabic, Mandarin Chinese, English, French, German, Italian, Japanese, Korean, Portuguese, Russian, and Spanish.